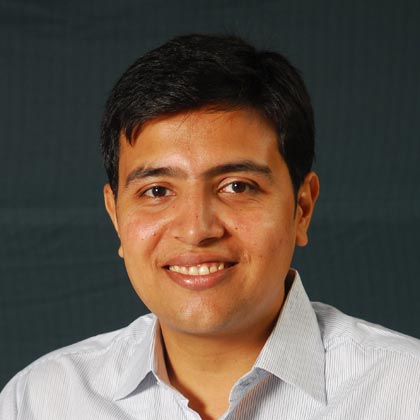 Dhruv Chandwania persued his bachelor’s degree from then known as University of Pune (now Savitribai Phule Pune University). After which he worked with Group Phi Architects for 1 year and 7 months. He then went to Pratt Institute, New York to get a M.S. degree in Digital Architecture. He worked with Beyer Blinder Belle Architects in New York and then returned back to India. He then joined Dr. B.N. College of Architecture where with a team of Parametric Architects he set up the Master’s program in Digital Architecture. He also was Head of the Dept. for the same program for 2 years.

In 2011, his paper “Evolution of Parametric Designing” was published by Young Architects Festival Conference, Chandigarh.

In 2012 he has presented his paper titled ‘Digitalized Re-Rendering of a City’s Landscape’ in Digital Landscape Architecture International Conference, Dessau, Germany. The above paper was co-authored by Ar. Aarti Verma.

And in 2016, along with his student Ar. Vinita Wagh, their paper on ‘Expanding the Public Realm with Changing Cities’ was published by IV International Architectural Design Conference, Dakam, Istanbul.

He has been invited at various national level organizations like Indian Institute of Interior designers (2013), Archotsav (2015) as a guest speaker and for conducting workshops on the topic of Digital Architecture.

He is currently B.Arch Dept. Division coordinator at BNCA and is pursuing his Ph.D. under guidance of Dr. Abhijit Natu